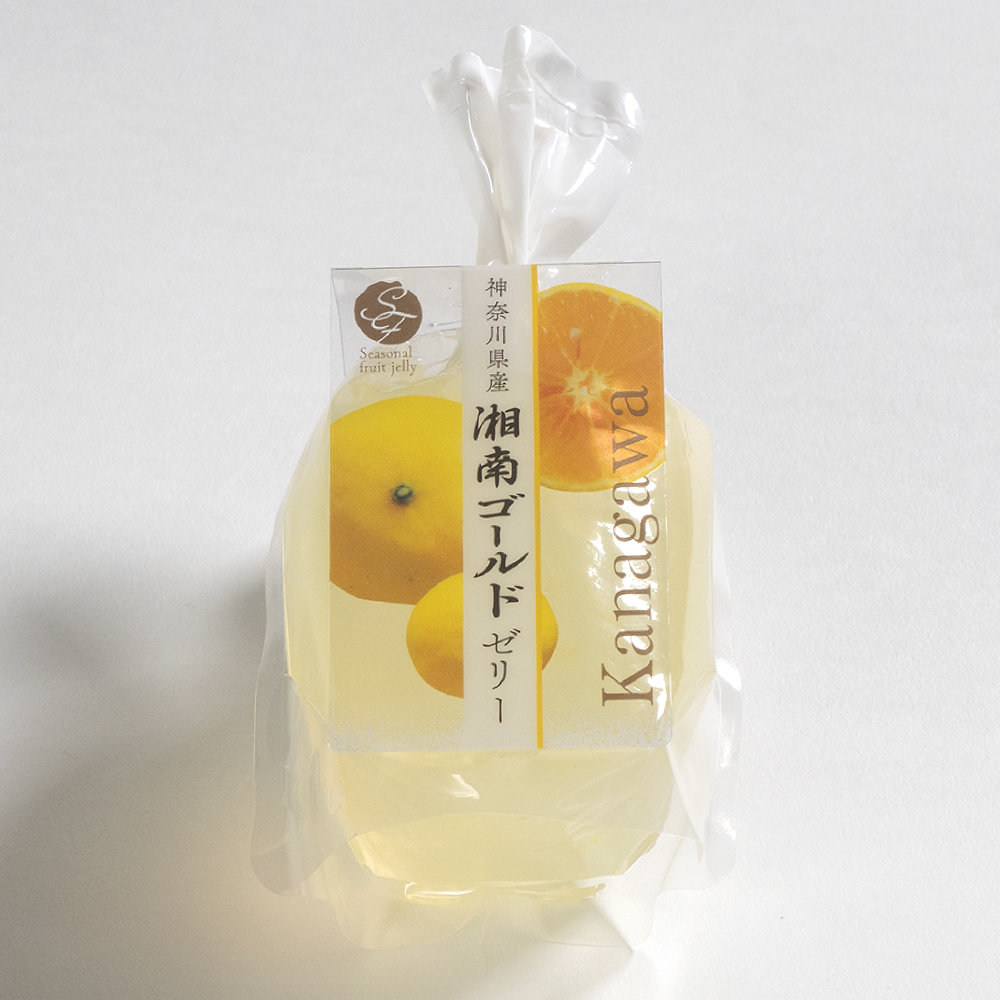 The production of mandarin oranges in western Kanagawa Prefecture has been decreasing year by year due to consumers' shift away from mandarin oranges and the fact that they are being pushed out by mandarins from well-known production areas. Also, along the warm coast, there is a citrus called "Golden Orange," but although it tastes good, it is small, difficult to eat, bumpy and unappealing, and its production is so small that it is rarely seen in the market.

The Kanagawa Prefectural Agricultural Technology Center took notice of this and spent 12 years developing Shonan Gold, which has the palatability of mikan and the taste and aroma of golden orange, and began shipping it to the market in 2006.

The small size of the fruit, which was one of the weaknesses of the golden orange, was solved by crossing it with the Onshu mandarin, and it is characterized by a sugar content of up to 12 degrees and a gorgeous fragrance. They are available from April to May, when the Onshu mandarins are gone.

It is said that the consumption of fruits in Japan has been decreasing year by year, and in order to recover the consumption, fruits that are affordable, easy to eat, tasty, safe, and good for health and beauty are required. Shonan Gold is a citrus fruit that meets all of these requirements: it is reasonably sized, has a good balance of sweet and sour flavors, and has a gorgeous aroma. Recently, it was discovered that Shonan Gold has a much higher level of narylutin, a type of flavonoid, than other citrus fruits. Narylutin is a substance said to be effective in controlling hay fever and allergic rhinitis, and is said to be three to five times more abundant in the fruit and six to eight times more abundant in the peel.