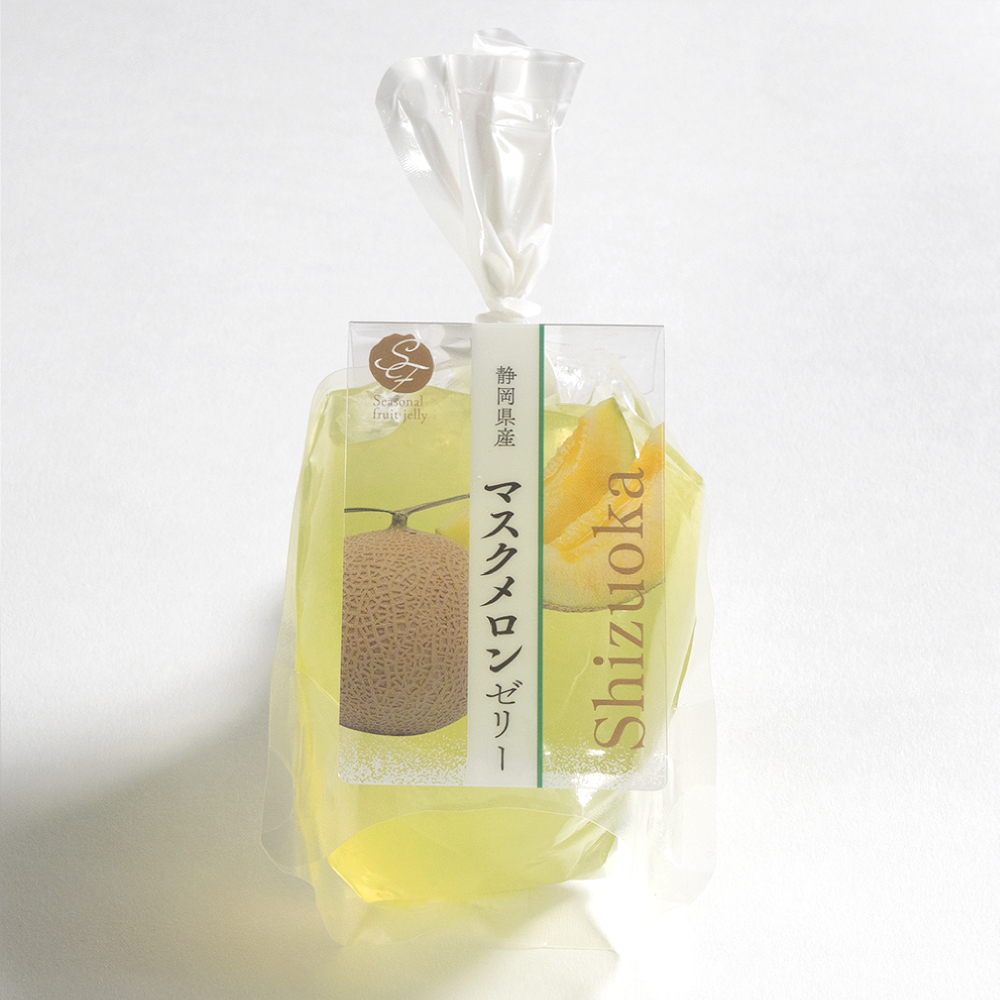 The melon is said to have originated in western Africa, but it seems to have been introduced to Europe from Egypt, where it was divided into several varieties. The Earl’s variety was developed in England at the end of the 19th century, and the name Earl’s Favourite, meaning "the Earl's favorite," comes from the fact that it was produced on the plantation of the Earl of Radnor's estate. It was introduced to Japan in the middle of the Meiji era (1868-1912), and the first prototype was made in Shinjuku Gyoen. After that, it was cultivated in many places, and started to appear on the market around 1917 or 1918. The main production area is Shizuoka Prefecture, followed by Kochi Prefecture.

Muskmelon is not a variety name, but mainly refers to the Earl’s Favourite, a melon with a strong aroma and rich flavor. The "musk" in the name is MUSK, meaning musk, and was named for its similar aroma. "It is not MASK, which means "mask.

Around June to August, muskmelons produce small, yellow flowers that resemble cucumbers. As the fruit grows, the epidermis stops growing first and becomes hard, while the inside of the fruit is still trying to grow, causing cracks on the surface, which naturally form scabs to cover the cracks, giving the fruit a net-like pattern. It is grown in a greenhouse with controlled temperature and humidity, and is susceptible to pests and diseases, so it takes a lot of time and effort to produce good quality products. Also, only one muskmelon is harvested from each vine. This makes them very expensive. The fruits, which picked while still small for thinning, are used as pickles (melon pickles). The harvest season is from July to September. (Greenhouse cultivation is done year round.)

Melons continue to ripen after they are harvested. Store at room temperature, and they are ready to eat when the greenish surface turns a little yellow, the unique fragrance of the melon becomes stronger, and the bottom of the melon becomes a little elastic when pressed with a finger. The melon is best eaten after it has been chilled in the refrigerator.

It is rich in potassium, but potassium is discharged from the body with salt, so it is effective against excessive salt intake. It has also been revealed that greenhouse melons contain a large amount of gamma-aminobutyric acid called gaba, which helps prevent high blood pressure, and the pantothenic acid contained in melons is said to be effective in reducing cholesterol and preventing fat accumulation.